Author: Silvia Ponzoda
This post is a summary. The original article is available at: http://www.digitisation.eu/blog/european-commission-rated-excellent-succeed-project-results/

The outputs produced by Succeed during the project life span (January 2013-December 2014) are listed below.

END_OF_DOCUMENT_TOKEN_TO_BE_REPLACED

Succeed technical workshop on the interoperability of digitisation platforms

Speaking the same language is one thing, understanding what the other is saying is another… – Carl Wilson at the Succeed technical workshop on the interoperability of digitisation platforms.

Interoperability is a term widely used to describe the ability of making systems and organisations work together (inter-operate). However, interoperability is not just about the technical requirements for information exchange. In a broader definition, it also includes social, political, and organisational factors that impact system to system performance and is related to questions of (commercial) power and market dominance (See http://en.wikipedia.org/wiki/Interoperability).

On 2 October 2014, the Succeed project organised a technical workshop on the interoperability of digitisation platforms at the National library of the Netherlands in The Hague. 19 researchers, librarians, and computer scientists from several European countries participated in the workshop (see SUCCEED Interoperability Workshop_Participants). In preparation of the workshop, the Succeed project team asked participants to fill out a questionnaire containing several questions on the topic of interoperability. The questionnaire was filled out by 12 participants; the results were presented during the workshop. The programme included a number of presentations and several interactive sessions to come to a shared view on what interoperability is about, what are the main issues and barriers to be dealt with, and how we should approach these.

The main goals of the workshop were:

To establish a baseline (what is interoperability and what is its current status in relation to digitisation platforms), our programme included a number of presentations. We invited Carl Wilson of the Open Preservation Foundation (previously the Open Planets Foundation)  for the opening speech. He set the scene by sharing a number of historical examples (in IT and beyond) of interoperability issues. Carl made clear that interoperability in IT has many dimensions:

Finally, Carl stressed that the importance of interoperability will further increase with the rise of the Internet of Things, as it involves more frequent information exchange between more and more devices.

After Carl Wilson’s introductory speech, Enrique Molla from the University of Alicante (UA is project leader of the Succeed project) presented the Succeed Interoperability framework, which allows users to test and combine a number of digitisation tools. The tools are made available as web services by a number of different providers, which allows the user to try them out online without having to install any of these tools locally. The Succeed project met with a number of interoperability related issues when developing the platform. For instance, the web services have a number of different suppliers; some of them are not maintaining their services. Moreover, the providers of the web services often have commercial interests, which means that they impose limits such as a maximum number of users of pages tested through the tools.

After the demonstration of the Succeed Interoperability platform, the floor was open for the other participants, many of whom had prepared a presentation about their own project and their experience with issues of interoperability.

Bert Lemmens presented the first results of the Preforma Pre-Commercial Procurement project (running January 2014 to December 2017). A survey performed by the project made clear that (technically) open formats are in many cases not the same as libre/ open source formats. Moreover, even when standard formats are used across different projects, they are often implemented in multiple ways. And finally, when a project or institution has found their technically appropriate format, they may often find that limited support is available on how to adopt the format.

Gustavo Candela Romero gave an overview of the services provided by the Biblioteca Virtual Miguel de Cervantes (BVMC) The BVMC developed their service oriented architecture with the purpose of facilitating online access to Hispanic Culture. The BVMC offers their data as OAI-PMH, allowing other institutions or researchers to harvest their content. Moreover, the BVMC is working towards publishing their resources in RDF and making it available through a SPARQL Endpoint.

Alastair Dunning and Pavel Kats explained how Europeana and The European Library are working towards a shared storage system for aggregators with shared tools for the ingestion and mapping process. This will have practical and financial benefits, as shared tools will reduce workflow complexity, are easier to sustain and, finally, cheaper.

Clara Martínez Cantón presented the work of the Digital Humanities Innovation Lab (LINHD), the research centre on Digital Humanities at the National Distance Education University (UNED) in Spain. The LINHD encourages researchers to make use of Linked Data. Clara showed the advantages of using Linked Data in a number of research projects related to metrical repertoires. In these projects, a number of interoperability issues (such as a variety of structures of the data, different systems used, and variation in the levels of access) were by-passed by making use of a Linked Data Model.

Marc Kemps-Snijders made clear how the Meertens Institute strives to make collections and technological advances available to the research community and the general public by providing technical support and developing applications. Moreover, the Meertens Institute is involved in a number of projects related to interoperability, such as Nederlab and CLARIN.

Menzo Windhouwer further elaborated on the projects deployed by CLARIN (Common Language Resources and Technology Infrastructure). CLARIN is a European collaborative effort to create, coordinate and make language resources and technology available and readily useable. CLARIN is involved in setting technical standards and creating recommendations for specific topics. CLARIN has initiated the Component MetaData Infrastructure (CMDI), which is an integrated semantic layer to
achieve semantic interoperability and overcome the differences between different metadata structures.

To wrap up the first part of the programme, and to present an overview of the experiences and issues described by the participants, Rafael Carrasco from the University of Alicante presented the results of the Succeed online questionnaire (see also below).

Most institutions which filled out the questionnaire made clear that they are already addressing interoperability issues. They are mainly focusing on technical aspects, such as the normalization of resources or data and the creation of an interoperable architecture and interface. The motives for striving for interoperability were threefold: there is a clear demand by users; interoperability means an improved quality of service; and interoperability through cooperation with partner institutions brings many benefits to the institutions themselves. The most important benefits mentioned were: to create a single point of access (i.e., a better service to users), and to reduce the cost of software maintenance.

Tomasz Parkola and Sieta Neuerburg proceeded by recapturing the issues presented in the presentations. Clearly, all issues mentioned by participants could be placed in one of the dimensions introduced by Carl Wilson, i.e. Technical, Organizational/ Political, Financial, or Legal.

2. What is the value of interoperability?

Having established our baseline of the current status of interoperability, the afternoon programme of the workshop further included a number of interactive sessions, which were led by Irene Haslinger of the National library of the Netherlands. To start off, we asked the participants to write down their notion of the value of interoperability. 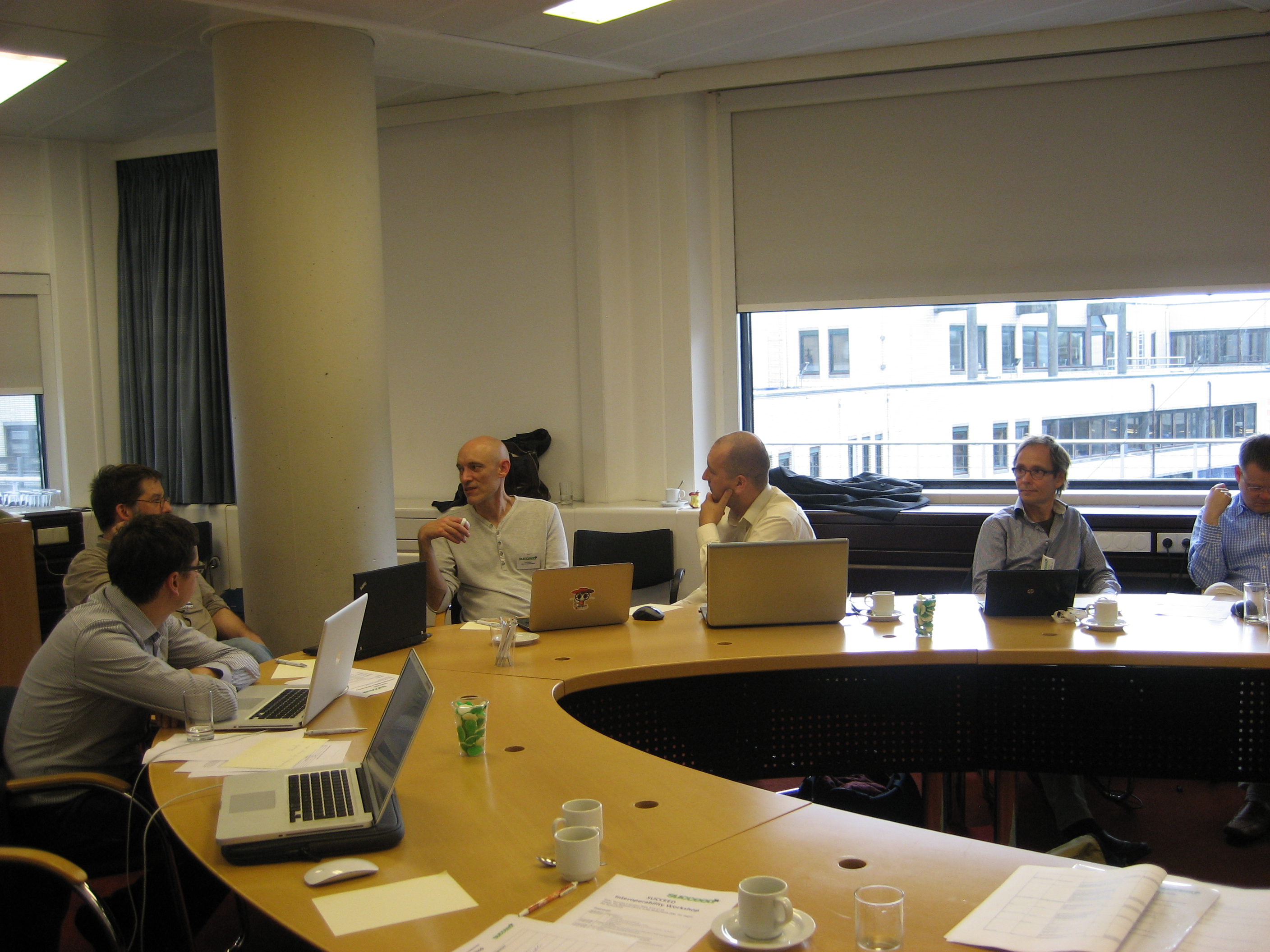 The following topics were brought up:

3. How would you define the ideal situation with regard to interoperability?

After defining the value of interoperability, the participants were asked to describe their ‘ideal situation’.

The participants mainly mentioned their technical ideals, such as:

Furthermore, a number of organizational ideals was brought up: 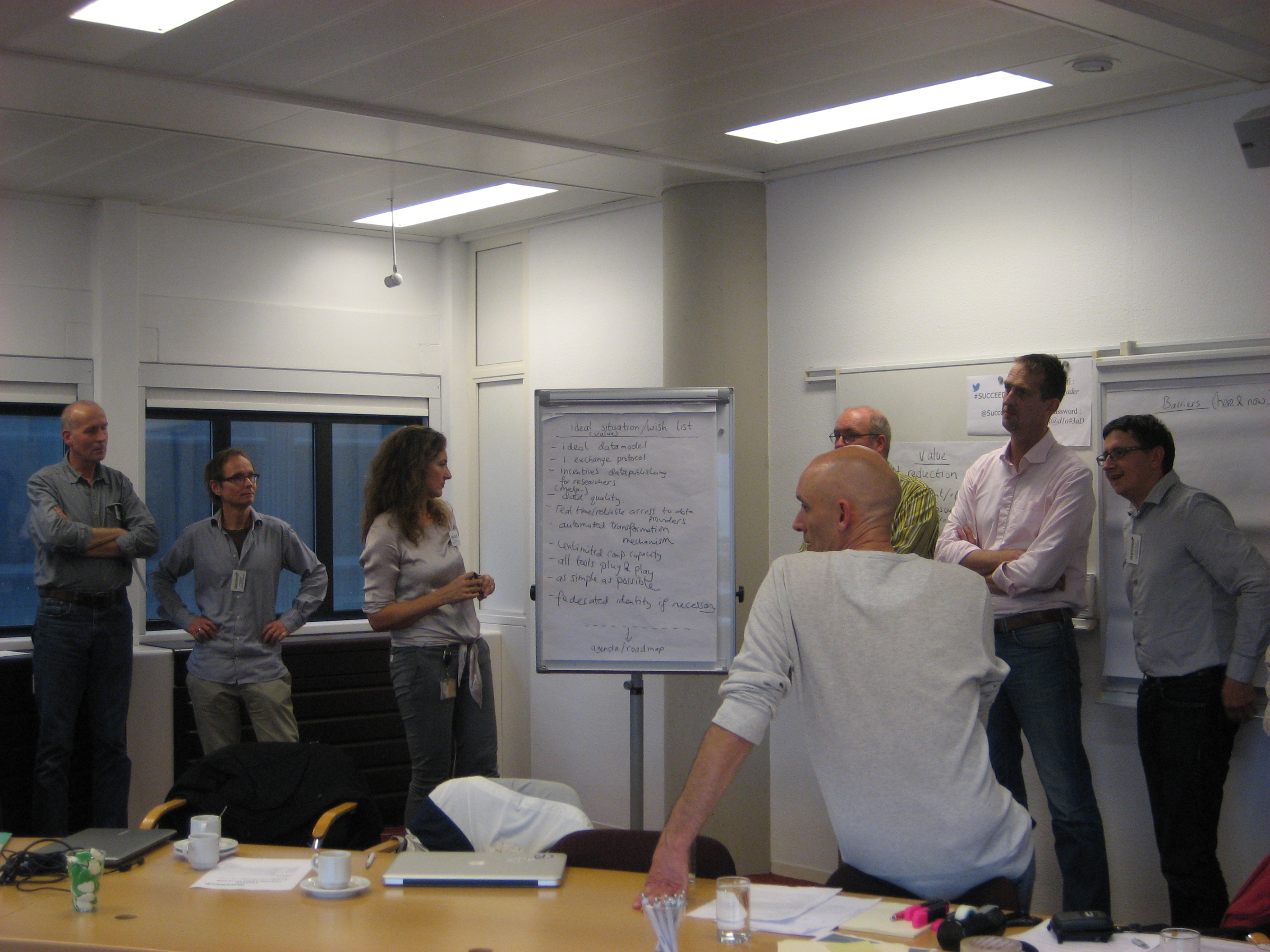 After describing the ‘ideal world’, we asked the participants to go back to reality and identify the most important barriers which – in their view – stop us from achieving the interoperability ideals described above.

In his presentation of the responses to the questionnaire, Rafael Carrasco had already identified the four issues considered to be the most important barriers for the implementation of interoperability:

The following barriers were added by the participants:

Technical issues (in order of relevance)

Financial issues (in order of relevance)

5. Formulate an agenda: Who should address these issues?

Having identified the most important issues and barriers, we concluded the workshop by an open discussion centering on the question: who should address these issues?

In the responses to the questionnaire, the participants had identified three main groups:

During the discussion, the participants added some more concrete examples;

At the end of our workshop, we concluded that, to achieve a real impact on the implementation of interoperability, there needs to be a demand from the side of the users, while the institution 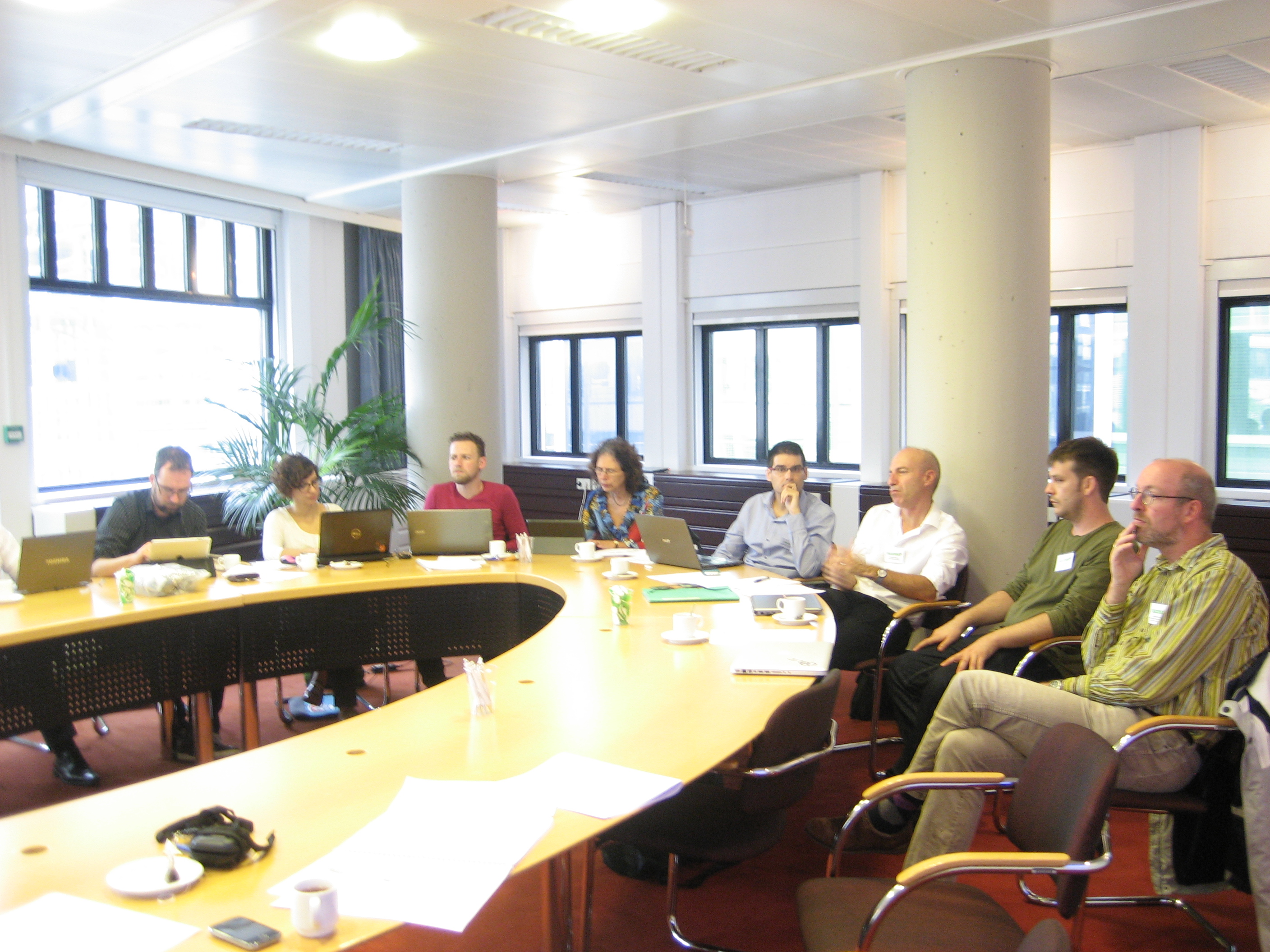 s and software developers need to be facilitated both organizationally and financially. Most probably, European centres of competence, such as Impact, have a role to play in this field. This is also most relevant in relation to the Succeed project. One of the project deliverables will be a Roadmap for funding Centres of Competence in work programmes. The role of Centres of Competences in relation to interoperability is one of the topics discussed in this document. As such, the results of the Succeed workshop on interoperability will be used as input for this roadmap.

We would like to thank all participants for their contribution during the workshop and look forward to working with you on interoperability issues in the future!