All things must come to an end eventually – even the Europeana Newspapers project. The good news is that in every end, there is also a new beginning. But more on this later.

After 38 months of hard, but also very fun and rewarding work with our network, the project has officially come to a close in March 2015. But as usual with such endeavours, there are still many activities which go on beyond the lifetime of the project, such as reporting and reviewing, disseminating and spreading the results as well as fostering takeup and new initiatives around the use and exploitation of said outcomes.

END_OF_DOCUMENT_TOKEN_TO_BE_REPLACED 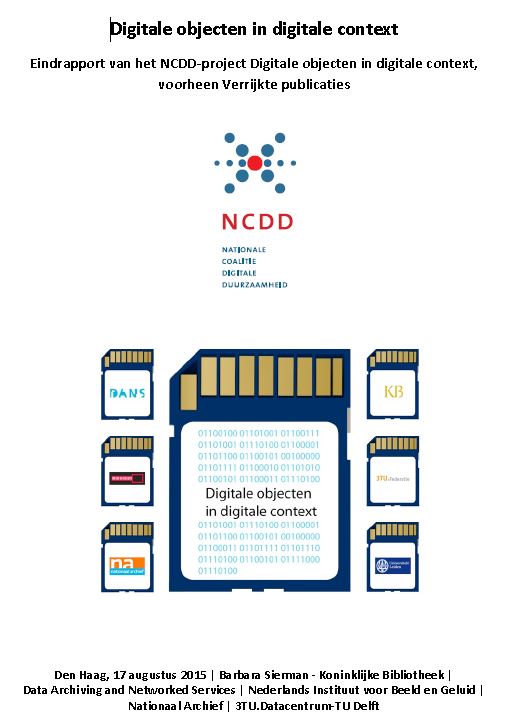 END_OF_DOCUMENT_TOKEN_TO_BE_REPLACED

Preparations for getting the certificate

Recently I blogged about the NCDD work package on Certification, a Dutch initiative in which 5 major memory institutions will get certified according to either DSA, or DIN (and in the future ISO 16363). One of the organizations participating is the Netherlands Institute for Sound and Vision. The NISV is the production archive for the Dutch public broadcasters (without a legal deposit law in The Netherlands this material is not collected in the National Library but we have shared responsibilities for collecting our national heritage).