Last week the Digital Preservation Coalition hosted the Digital Preservation Awards 2014 at the Wellcome Trust in London. Thirteen projects in four categories were shortlisted. One of the finalists for the OPF Award for Research and Innovation was our own Jpylyzer project. Although the award did not go to Johan van der Knijff’s JP2 validation and extraction tool, the voters did leave some positive comments that we would like to share.

This is what our peers said about Jplylyzer 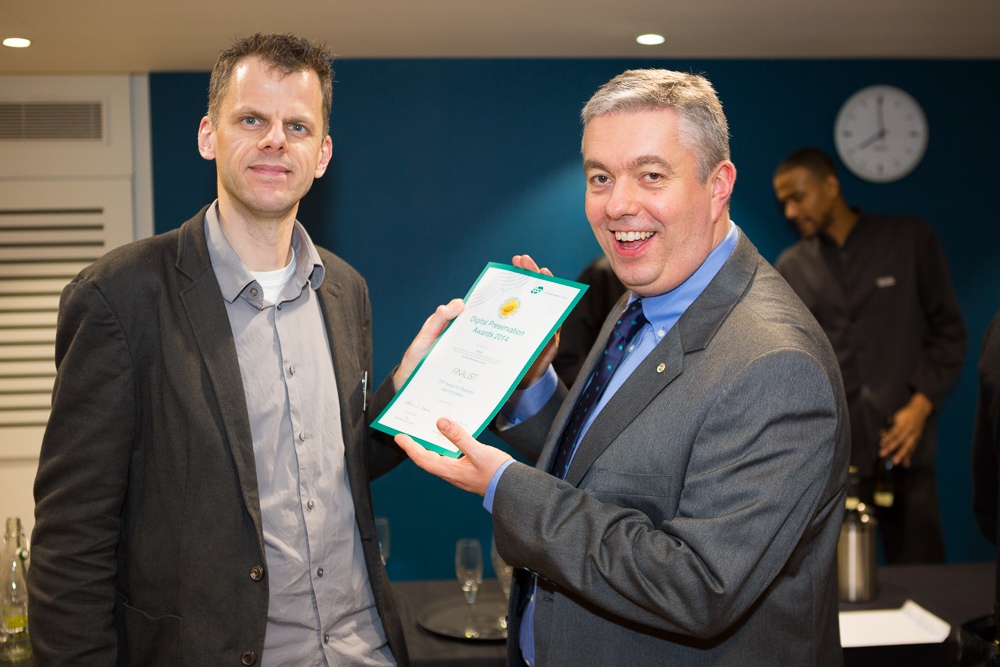 A standard for preservation imaging

Hans van Dormolen has been selected by IS&T (Society for Imaging Science & Technology) as the recipient of a 2014 Service Award. This gave us cause to interview Hans about the important work he performs for Metamorfoze. 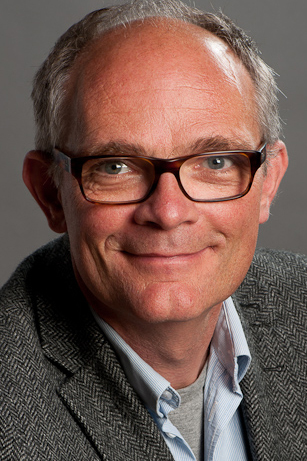 What is this award about?
Every year IS&T presents 5 society related honors and awards and the Service Award is one of them. IS&T presents this award since 1960. From then on, this award has been given to a maximum of 10 people a year who have provided the society with one or more outstanding services. This year I have been selected for such an award for my work in objective capture practices for cultural heritage imaging. I have been giving lectures and teaching classes at the IS&T Archiving congresses since 2008 about objective capture practices as described in the Metamorfoze Preservation Imaging Guidelines. I feel very honored that my work is being rewarded by the IS&T society! I also believe that this reward is good for the national and international movement towards objective capture practices in the cultural heritage community.

Could you tell us more about your work on the Metamorfoze guidelines?
First of all, Metamorfoze is a funding programme which started in 1997, for the conservation of our Dutch Paper Heritage. Among the heritage institutes involved in the programme are libraries, archives and museums. The types of material vary widely and include books, newspapers, manuscripts, letters, photographs, and maps. The programme focuses on papers suffering from intrinsic decay. The objects are captured in high quality images and the original paper is preserved. Metamorfoze has now been running for 17 years. Since 1997, about 100 heritage institutes in the Netherlands have participated in the programme.
Not long after the start of the Metamorfoze programme I became involved in drafting guidelines for preservation imaging. These guidelines are built for the most part on objective capture methods and, having been a professional photographer in my previous career, on my experience in the analogue world.

It all started fifteen years ago in the world of microfilming. Using technical test charts and executing measurements such as contrast or gamma measurements I was able to provide insight into the loss of visual and tonal information of an original on a microfilm by expressing this loss numerically. It is helpful to know how much visual information is lost, because this loss is undesirable and can never be brought back and should therefore be avoided as much as possible. This policy of providing insight and diminishing the loss of visual information was at the core of all the microfilm guidelines that were produced for the conservation program Metamorfoze between 2000-2006. It is this policy that was continued in the Metamorfoze Preservation Imaging Guidelines.

From 2005 to 2012 my colleagues and I worked on drafting the Metamorfoze guidelines. In those 7 years different versions of the guidelines were published. The first concept of the guidelines was published in 2007. After various concepts version 1.0 was published in January 2012. Now, October 2014, this version is being used on a national as well as an international scale by libraries, archives, and museums. Also various camera and scanner manufactures have adapted their equipment in accordance with the Metamorfoze guidelines and are advertising with this fact.

What are your plans for the future?
The Metamorfoze guidelines and the FADGI guidelines are just that: guidelines. Although very precise, they are not a standard like an ISO standard. For two years now I have been a member of an ISO workgroup, the ISO42 JWG26. In this workgroup we are specifying a recommendation for digitization of cultural heritage. Both guidelines, the Metamorfoze and FADGI guidelines, are used as a starting point for this recommendation. Both guidelines receive a lot of international attention and many people want to know which one is the best. With these recommendation we aim to make it clear that it is not about which guidelines are the best, but about how we can digitize our cultural heritage in the most optimal way.

Working according to the Metamorfoze guidelines requires an intense daily use of technical test charts. Using technical test charts is time consuming. With the Universal Test Target (UTT) as a quality management tool, the time spent daily on quality management can be reduced substantially. I therefore plan to publish an article about how to work with UTT according to the Metamorfoze guidelines in the near future.

The use of the Metamorfoze guidelines increases nationally as well as internationally. This use also includes a growing number of requests to teach, present lectures and to support digitization projects in a technical way. This went beyond my daily work in the KB, so I started a spin off company in 2012 to fulfil these requests. In the coming years I intend to expand this business.

IS&T will present Hans van Dormolen with the Service Award on November 6 during the 22nd Color and Imaging Conference in Boston.