From 6-8 May the Re:publica conference was held in Berlin – one of the largest international conferences in the field of blogging, social media and our society in the digital age. In numbers alone the event is already quite impressive: with over 5.000 attendees, 300 speakers, 3 Tb of video footage or 95 hours of sessions, talks, and panel discussions and around 27.600 social media activities, it was hard to keep up: already before the conference started, the Twitter stream of #rp13 exploded with tweets! 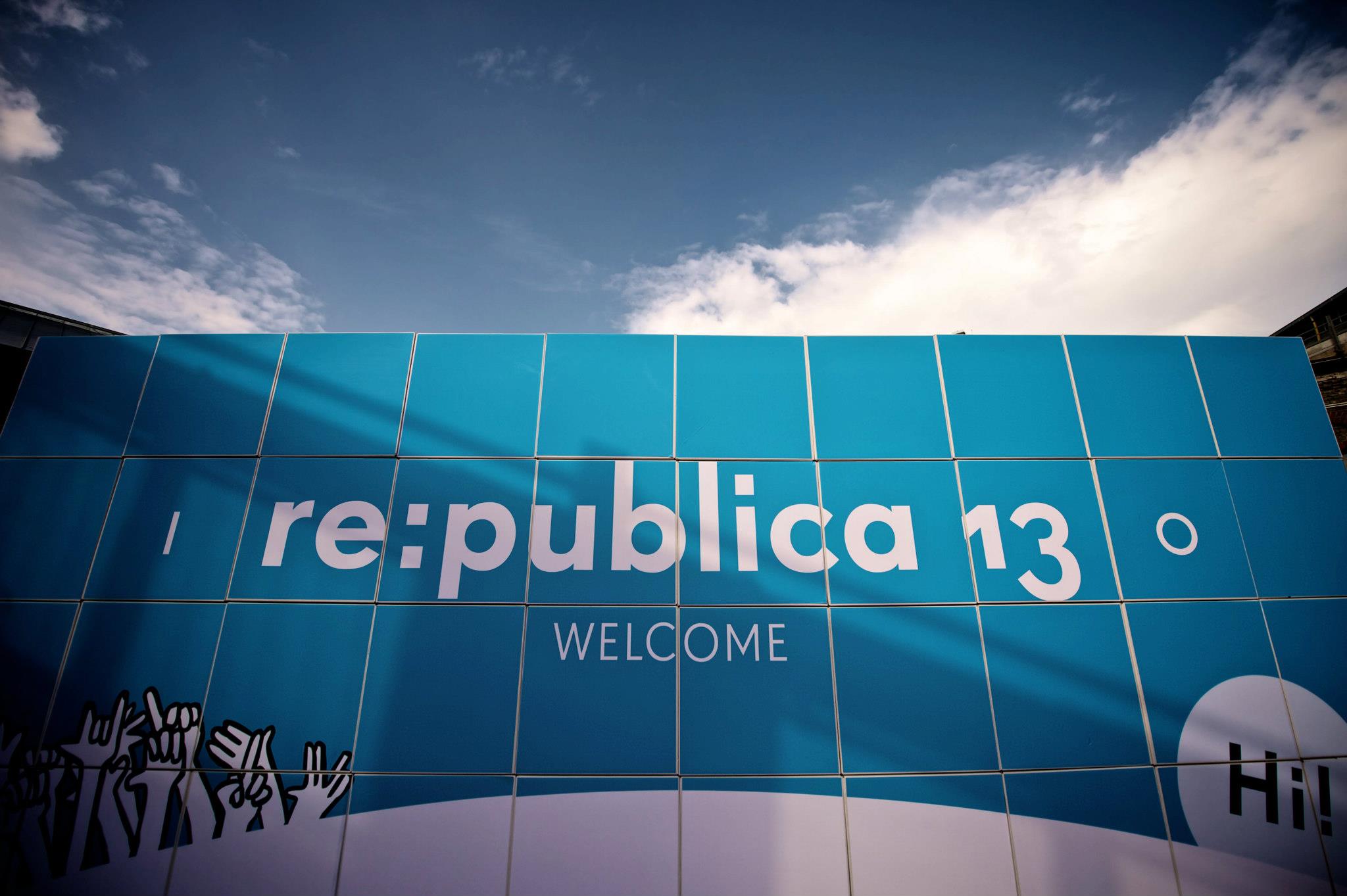 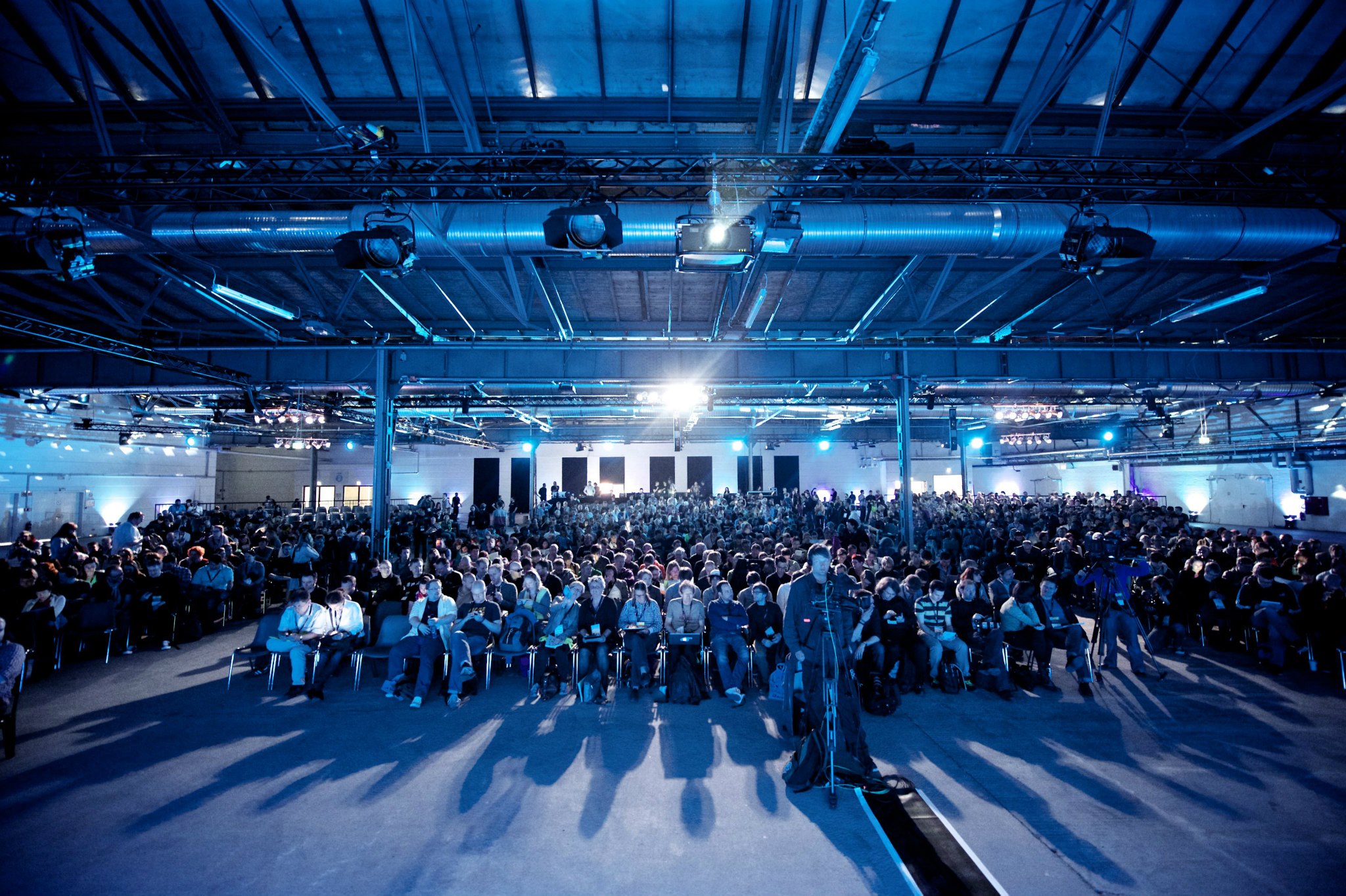 But it was not only the size of the conference that was impressive: there was also a large number of interesting speakers and talks. Unfortunately my German was not sufficient to follow every detail, so I’ve mainly attended the sessions in English. This did make for an easier choice, as there were often around 10 parallel sessions and workshops. For most of the  presentations a video is online – a good overview of all sessions is available here: http://michaelkreil.github.io/republicavideos/.

Several talks focused on the differences in internet access and internet censorship worldwide. During the session ‘ 403 Forbidden: A Hands on Experience of the Iranian Internet’ you could gain more insight in how the Iranian internet is censored by participating in a quiz. Several websites and newpaper images were shown, and you had to guess which sites are blocked and which photos are manipulated.  The results were often surprising (for example, the sites of the KKK and Absolut Vodka are blocked, but the sites of Smirnoff Vodka and the American Nazi party are not), showing how internet filtering in Iran is both arbitrary and targeted, designed to make you feel insecure online. 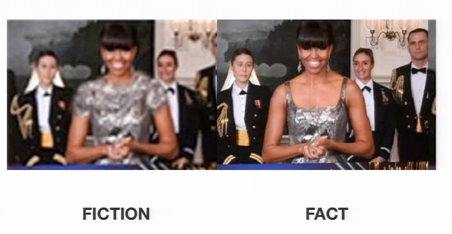 Another interesting talk in this area was ‘Internet Geographies: Data Shadows and Digital Divisions of Labour’ (unfortunately the video of this talk is not online yet). Mark Graham of the Oxford Internet Institute showed how, despite the initial hope that internet would offer everyone around the world the opportunity to share their knowledge, there are significant concentrations of knowledge. For example, Europe has just over 10% of the world’s population, but produces nearly 60% of all Wikipedia articles. There are even more Wikipedia articles written about Antarctica than about any country in South America or Africa. He illustrated these numbers with great visualisations, most of which you can find through this blog: http://www.zerogeography.net/2011/09/geographies-of-worlds-knowledge.html

In ‘Investigation 2.0’ Stephanie Hankey and Marek Tuszynksi of Tactical Tech discussed ways in which individual hackers and people working with data visualisation are nowadays working together with journalists to make certain underexposed data visible and present it in a way that gives us more insight into complex social and political issues. A good example of this is the visualisation that was made of drone strikes in Pakistan since 2004: http://drones.pitchinteractive.com.

Data visualisation can also be done through food, which the three women behind the cool website http://bindersfullofburgers.tumblr.com call ‘Data cuisine’ (or How to get juicy data from spreadsheets). They are working on visualising data that is usually thought of as boring and dry, such as election results, in creative and appealing ways. In Binders full of Burgers they displayed the US election results of 2012 with burgers and fries, while they used waffles, candy and fruit to show the local Berlin elections (http://wahlwaffeln.tumblr.com/). They also made their own talk more appealing by handing out cookies for audience participation

Then there was a good overview presentation by Joris Pekel of the Open Knowledge Foundation on Open Data & Culture – Creating the Cultural Commons. After presenting some impressive numbers of available online records, media files and metadata from Europeana, DPLA and Wikimedia Commons, he focused on the possibilities of enabling the public to connect and contextualise open data in the future through initiatives such as OpenGLAM. His talk is also available from Slideshare at http://t.co/bpqBEB28sb.

A very direct way of promoting open data, transparency and hacker culture was presented by Daniela B. Silva in Hacker culture on the road. In 2011, a Brazilian hacker community came up with the plan of starting a Hacker bus: they crowdfunded the budget for buying an old school bus and started travelling around Brazil, organising local events focused on promoting government transparency and hacker activism. Volunteer hackers, digital activists, lawyers, artists and journalists joined the bus, listened to the needs of the people they met and helped them to develop answers with the help of available technology, such as local street mapping applications and apps but also new local legislations.

Finally, one of the most fascinating talks was that of Neil Harbisson and Moon Ribas on Life with extra senses – How to become a cyborg. They showed ways of extending and creating new senses and perceptions by applying technology to the human body, as well as the artistic projects they created based on these sensory extensions. For example, due to a medical condition Neil Harbisson only sees in black and white, so he developed an electronic eye that transforms the colours around him into sound, allowing him to experience colour in a different way.  Together they have established the Cyborg Foundation to further promote their activities and help more people to become a cyborg, because they believe all humans should have the right to extend their senses and perceptions. Interestingly they see this as a way for people to get closer to nature instead of alienating themselves from it, since many animals have very different sensory perceptions than we do. 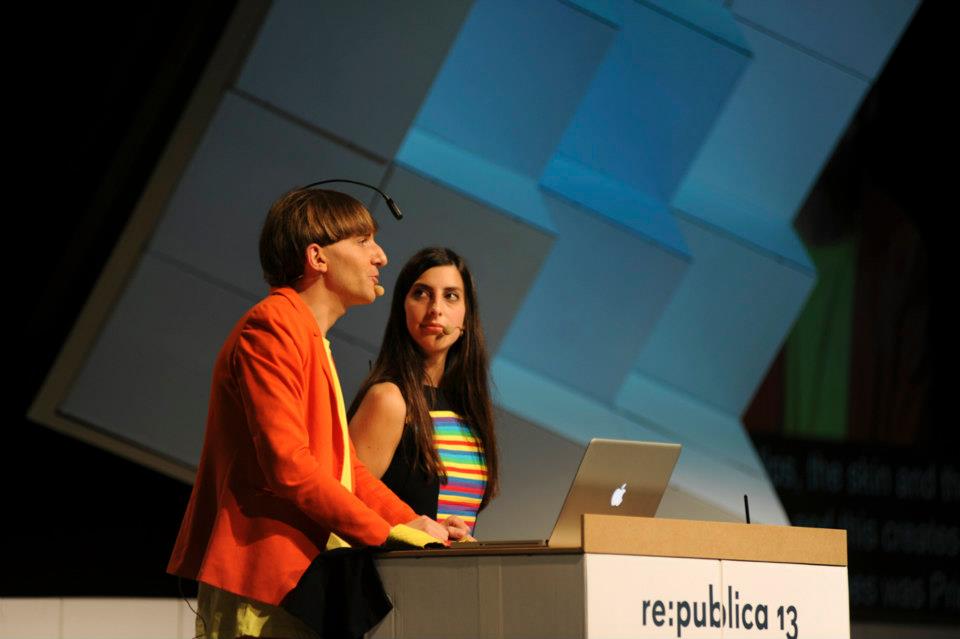 Neil Harbisson and Moon Ribas: when Neil scans Moon’s dress with his Eyeborg, he will hear the song ‘Moon River’ (Photo by Tony Sojka, https://www.flickr.com/photos/re-publica/)

All this is just a fraction of everything that was presented at Re:Publica: at http://michaelkreil.github.io/republicavideos/ you can find videos of nearly every talk – and if you speak German, you’re even more lucky!

Digital Humanities at the National library

EPUB for archival preservation: an update