(This blogpost was first posted by Barbara Sierman at www.digitalpreservation.nl) 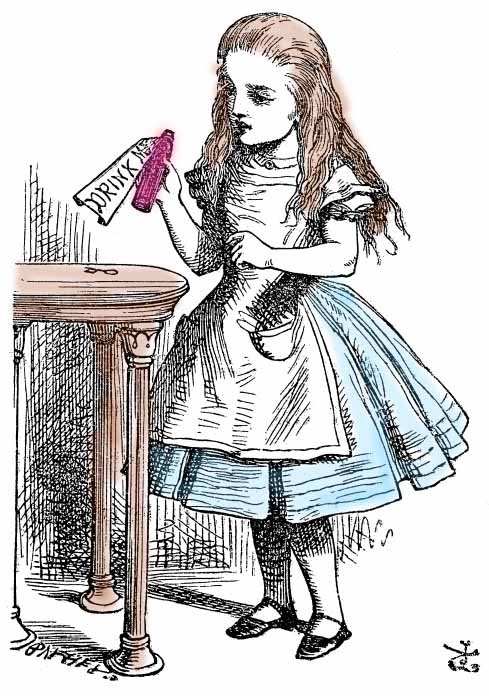 After Christmas I tried to reduce my digital pile of recent articles, conference papers, presentations etc. on digital preservation. Interesting initiatives (“a pan European AIP” in the e-Ark project:  wow!) could not prevent that after a few days of reading I ended up slightly in despair: so many small initiatives but should not we march together in a shared direction to get the most out of these initiatives? Where is our vision about this road? David Rosenthals blog post offered a potential medicine for my mood.

He referred to the article of Richard Whitt “Through A Glass, Darkly” Technical, Policy, and Financial Actions to Avert the Coming Digital Dark Ages.” 33 Santa Clara High Tech. L.J. 117 (2017).  http://digitalcommons.law.scu.edu/chtlj/vol33/iss2/1

Whitss article is more a booklet about digital preservation than an article  (144 pages!) and gives an up to date overview of the broad range of topics and challenges related to our profession. And he did a good job there!

Read Davids blogpost for some additions and corrections and further thoughts. I would like to add to this that Whitts view is often an American one,  as are many of his sources.  For example the certification tool TRAC (p. 164) is succeeded by the ISO standard 16363 and in Europe this is part of a pyramid  (the European framework) of auditing instruments (DSA, DIN/nestor, ISO), which does not seem to  work in the same manner in the US.  The chapter on copyright describes the US situation and is of less use for Europeans and other parts of the world.

Apart from that he gives a thorough overview of the current state of affairs: an overwhelming and complex set of challenges.

But the main part of the article is a description of a possible cure to decrease the amount of despair and to help bringing digital preservation forward.  A plea for an organized approach, to create what is called “a deep infrastructure”. To avoid what is often described as the digital dark age.

Whitts ideas are inspired by how the Internet works. He combines the elements in the digital life cycle with an extended OSI model (version Nemeth) in which not only software and hardware layers are present but a Political and Financial Layer were added to it. This results in a model “that helps us uncover the full complexity, so as to better understand and work effectively with it.” 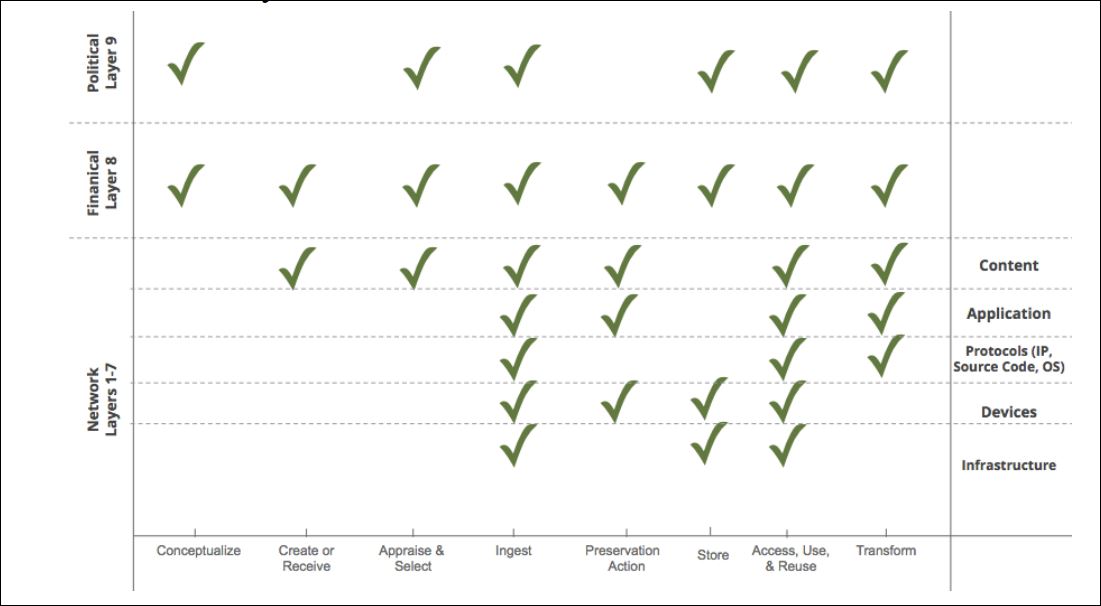 In order to build this “deep infrastructure” we need to collaborate and to get organized. The last chapter describes potential areas of collaboration and partners, without summing up concrete organisations.

But could not the existing preservation organisations initiate some activity? Like the Open Preservation Foundation, the Digital Preservation Coalition, nestor, the NCDD,  the IIPC, the NDSA just to name a few (apologies for the European flavour in it). Is not there a challenge for these groups to discuss this framework and start collaborating on different areas to bring digital preservation forward?  A suggestion for iPRES 2017 perhaps?